Appointment of a new Chair and announcement of CI Pride 2017 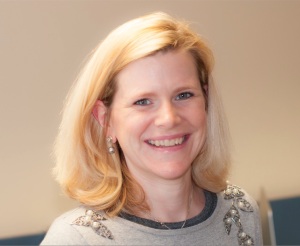 We have appointed a new Chair to our board of members to take over from Christian May who, as founding Chair, steps down after two and a half years. Rachel French will be Liberate’s new Chair and one of her first tasks is to announce that Channel Islands Pride 2017 will be on Saturday 9 September in Jersey.

Vic Tanner Davy, CEO, said: “We are sorry that work commitments have meant that Christian May has had to step down from leading Liberate. He has been an exceptional Chair and Liberate would not be the in the strong position that it is today without his hard work, vision and leadership.

“We are, however, delighted to announce the appointment of Rachel French as Chair of Liberate and look forward to working with her on some of the exciting projects that we have planned for the next two years.

“Rachel comes to Liberate with impeccable credentials from her time as Macmillan Cancer Support’s Fundraiser responsible for Hampshire, the Isle of Wight and the Channel Islands; Durrell’s Head of Fundraising; and, as Race Nation’s Third Sector Manager. She has also been a volunteer support worker for Samaritans and committee member for Off the Record, a Portsmouth based charity.”

Rachel French, Chair of Liberate, said: “I am honoured to join the Board of Liberate at an exciting time in its development, and to be a part of the team during this next step on the journey.  I’d like to thank Christian for everything he has done, for Liberate and for the individuals and communities with which we work and support. I look forward to moving us closer to the Vision of a truly inclusive community where we are all proud of who we are, a place where we feel valued and accepted.

“I am very pleased to announce that Channel Islands Pride will be held in Jersey this year on Saturday 9 September. We will be starting a little bit later than in previous years and we suggest that people wishing to take part in the parade arrive at West’s Centre for 2.30pm. We will end the parade in Weighbridge Square, where there will be the Pride village and entertainment on the Pride stage. We hope that all those who support equality and diversity, who are proud of their identity, whatever that might be, their families and the organisations they belong to will join us for an afternoon of celebration.”

To chime with the passage of legislation in the Bailiwicks of Jersey and Guernsey enabling same-sex couples to marry, the theme of this year’s Pride is #IDo. Liberate are encouraging those coming to Pride this year to dig out their hats and come dressed for the biggest wedding party ever!

Follow all the Channel Islands Pride news on www.channelislandspride.org

My Tweets
Report an incident to Liberate