After advertising for its first paid position, Liberate has appointed Patricia (Paddy) Haversham-Quaid as its CXO (Chief Experience Officer).

Paddy’s role is to ensure that all those who interact with Liberate and are external to it receive the best possible experience from that interaction. Paddy’s responsibilities include: 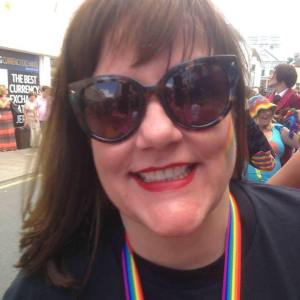 Liberate is delighted to welcome Paddy to the senior management team. Paddy brings her experience of event management and fund raising to Liberate, working with private donors and corporate sponsors to produce memorable charitable events. She was Durrell’s Events and Corporate Social Responsibility Manager until the end of 2016.

Prior to working in the Third Sector, Paddy was a headhunter, a career that took her all the way round the world and built her strong interpersonal skills and ability to understand what a client needs in order to deliver on it. She returned to Jersey, her birthplace, in 2014 after 28 years of travelling the globe.

Paddy also has experience of working to support and address minority and visible minority issues. She was the Chair of the Upper North Island committee of Women on Boards in New Zealand, a member of the GABA (Gay Auckland Business Association) committee, and Fund Raising Director for Sydney Gay and Lesbian Mardi Gras in Australia. Paddy has been working for Liberate as a volunteer for over two years and was one of its founding committee members. In 2016, she threw herself out of a plane above Jersey to raise funds for CI Pride.

If you would like to contact Paddy about Liberate, please email paddy@liberate.je She should be pleased to hear from you and guarantees to respond to your enquiry.

Supported by the Lloyds Bank Foundation for the Channel Islands